Soldiers Atop the Mount 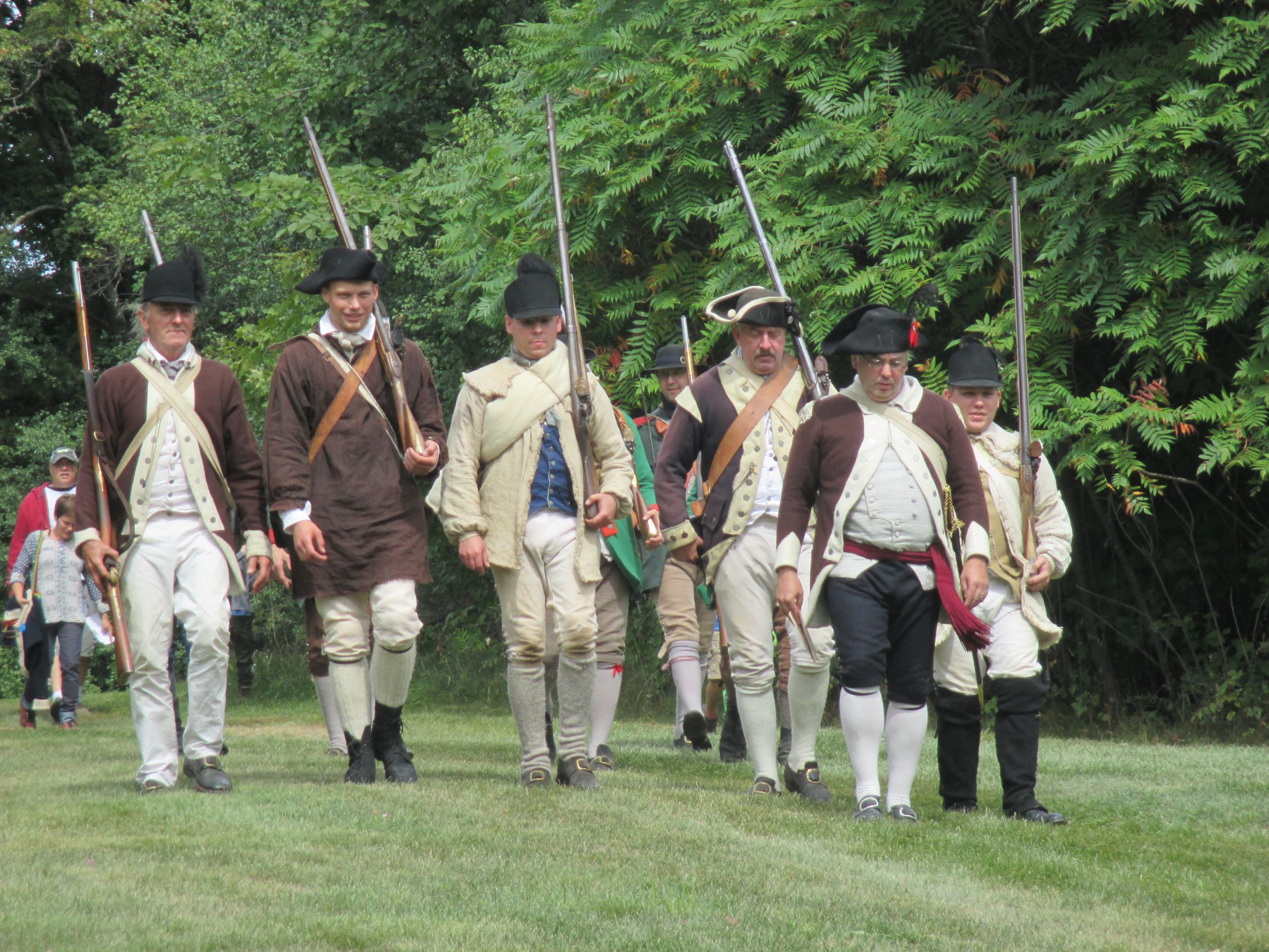 ORWELL, VT — On August 31 and September 1, the Mount Independence State Historic Site in Orwell, hosts the annual “Soldiers Atop the Mount” living history weekend. Reenactors and those interested in history engage visitors with a colorful, full-scale event honoring this major Revolutionary War fortification built and occupied first by the Americans, and then by British and Germans during the 1776-77 Northern Campaign.

The event is open each day at 9:30a.m., with the soldier’s camps opening at 10:00a.m., and closing on Saturday at 5:00p.m. and on Sunday at 2:00p.m. Interactive activities and demonstrations bring to life the historic grounds of Mount Independence. Visitors can observe military tacticals, and learn about camp life, colonial skills, and crafts.  Special hands-on children’s activities are available both days. Be sure to wear comfortable shoes.

On Saturday, the popular Baldwin Trail walkabout returns. From 11:30a.m. to 2:00p.m. visitors walk this trail to meet reenactors and history experts who will discuss Revolutionary gunsmithing, the life of soldiers, and the building and defending of the gun batteries. Get your card stamped and receive a small token if you visit all the stations. Join the Mount Independence Revolutionary history “mask”querade, focusing on the people who played important roles at the 1776-77 Northern Campaign here.  Site interpreter and historian Paul Andriscin offers an illustrated talk on the back story of Mount Independence, “Reasons for Revolution” on Saturday at 4:00p.m.

On Sunday at 10:30a.m., there is a recreation of the October 20, 1776 sermon preached on Mount Independence by Chaplain William Tenent. Afterwards, join the annual reading of the Declaration of Independence for which the Mount is named. Paul Andriscin will speak on the “Northern Campaign,” on Sunday at 3:30p.m.

Event admission is $6.00 for adults and free for children under 15; this includes a visit to the museum. Call 802-948-2000 for details. Beverages and light snacks are available for purchase in the museum shop.###

Mount Independence, a National Historic Landmark, is near the end of Mount Independence Road, six miles west of the intersection of Vermont Routes 22A and 73 in Orwell.  It includes an air-conditioned museum and six miles of hiking trails. It is open daily through October 13, 10:00a.m. to 5:00p.m.

About the Division for Historic Preservation

About Agency of Commerce and Community Development

The mission of ACCD is to help Vermonters improve their quality of life and build strong communities. ACCD accomplishes this mission by providing grants, technical assistance, and advocacy through three divisions:  The Department of Economic Development, the Department of Tourism and Marketing, and the Department of Housing and Community Development. For more information on ACCD please visit: accd.vermont.gov.